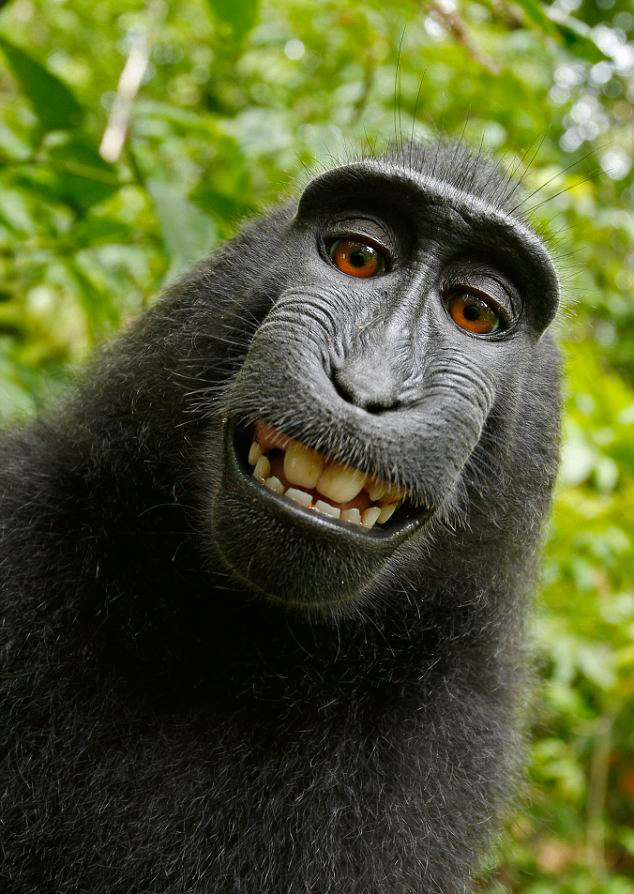 “Wildlife photographer David Slater, who was trekking through the Indonesian wilderness in 2011, when a group of monkeys came upon him and his equipment. “At first there was a lot of grimacing with their teeth showing because it was probably the first time they had ever seen a reflection,” Slater said at the time. “They were quite mischievous jumping all over my equipment, and it looked like they were already posing for the camera when one hit the button.”

A crested black macaque snuck off with one of his cameras and took, according to the Telegraph, “hundreds of selfies,” most of which were blurry and unusable. Save for this: the pristine, in-focus beauty of a photograph of the female macaque’s grinning face pictured above, which gave Slater a brief brush with fame and plastered the monkey’s selfie on websites everywhere.”