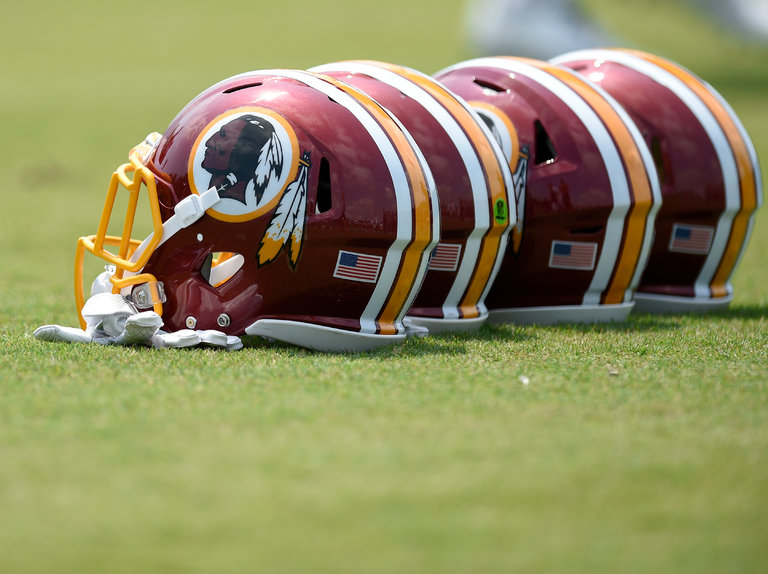 The court’s decision probably means that the Washington Redskins football team will win its fight to retain federal trademark protection.

WASHINGTON — In a decision likely to bolster the Washington Redskins’ efforts to protect their trademarks, the Supreme Court on Monday ruled that the government may not refuse to register potentially offensive names. A law denying protection to disparaging trademarks, the court said, violated the First Amendment.

The decision was unanimous, but the justices were divided on the reasoning.

The decision, concerning an Asian-American dance-rock band called the Slants, was viewed by a lawyer for the Washington Redskins as a strong indication that the football team will win its fight to retain federal trademark protection.

Lisa S. Blatt, a lawyer for the team, said the decision “resolves the Redskins’ longstanding dispute with the government.”

“The Supreme Court vindicated the team’s position that the First Amendment blocks the government from denying or canceling a trademark registration based on the government’s opinion,” she said.

The law at issue in both cases denies federal trademark protection to messages that may disparage people, living or dead, along with “institutions, beliefs or national symbols.”

Four justices said the law could not withstand even the fairly relaxed judicial scrutiny that the Supreme Court applies to commercial speech. Those justices rejected the two government interests that the law was said to advance: protecting disadvantaged groups from demeaning messages and the orderly flow of commerce.

The First Amendment protects offensive speech, Justice Samuel A. Alito Jr. wrote for this group of four justices. “Speech that demeans on the basis of race, ethnicity, gender, religion, age, disability, or any other similar ground is hateful; but the proudest boast of our free speech jurisprudence is that we protect the freedom to express ‘the thought that we hate,’ ” he wrote, quoting a classic 1929 dissent from Justice Oliver Wendell Holmes Jr.

Justice Alito added that the law’s disparagement clause was far too broad. “It is not an anti-discrimination clause; it is a happy-talk clause,” he wrote.

Four other justices would have struck down the law using the more searching First Amendment scrutiny that applies to viewpoint discrimination.

“The danger of viewpoint discrimination,” Justice Anthony M. Kennedy wrote, “is that the government is attempting to remove certain ideas or perspectives from a broader debate. That danger is all the greater if the ideas or perspectives are ones a particular audience might think offensive, at least at first hearing.”

“To permit viewpoint discrimination in this context is to permit Government censorship,” Justice Kennedy wrote.

Justice Neil M. Gorsuch did not participate in the case, which was argued in January, before he joined the court.

The competing opinions from the two four-justice blocs will mute the extent to which the decision sets precedent in other contexts.

All eight participating justices did agree on some points. They were unanimous in rejecting the argument that federal trademarks are the government’s own speech and thus immune from First Amendment scrutiny of any kind.

In 2015, in a 5-to-4 decision in Walker v. Sons of Confederate Veterans, the Supreme Court ruled that Texas could refuse to allow specialty license plates bearing the Confederate battle flag because the plates were the government’s speech.

“If the federal registration of a trademark makes the mark government speech, the federal government is babbling prodigiously and incoherently,” he wrote. “It is saying many unseemly things. It is expressing contradictory views. It is unashamedly endorsing a vast array of commercial products and services. And it is providing Delphic advice to the consuming public.”

The Slants said they did not intend to disparage anyone. Instead, they said, they sought to adopt and reform a disparaging term about Asians, much as some gay people have embraced the term “queer.”

That was significant, Justice Kennedy wrote. The band wanted, he wrote, “to supplant a racial epithet, using new insights, musical talents, and wry humor to make it a badge of pride.”

The government has applied the law inconsistently when faced with trademarks based on ethnic slurs. It has, for instance, both registered and rejected trademarks for the terms “Heeb,” “Dago,” “Injun” and “Squaw.” 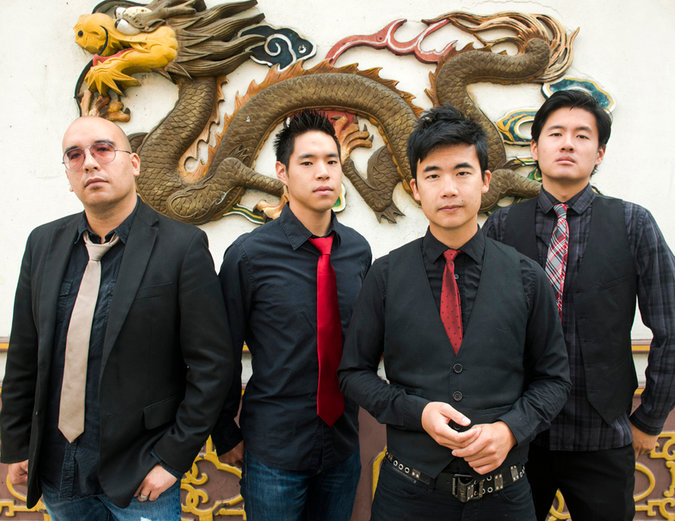 Members of a band called the Slants said their was goal is to adopt and reform a disparaging term about Asians.

In the Redskins case, the trademark office registered the team’s trademarks in 1967, 1974, 1978 and 1990. In 2014, though, it reversed course and canceled six registrations, saying they disparaged Native Americans.

The team lost before a trial judge in Virginia and appealed to the United States Court of Appeals for the Fourth Circuit, also in Virginia. The appeals court put the case aside while the Supreme Court considered the Slants case, Matal v. Tam, No. 15-1293.

In a second First Amendment case decided Monday, the Supreme Court unanimously struck down a North Carolina law that made it a crime for registered sex offenders to use Facebook and many other websites.

The law was challenged by Lester Packingham, a registered sex offender who was convicted of violating it after posting an account of having a traffic ticket dismissed. “God is good,” he wrote on Facebook.

Mr. Packingham, who had pleaded guilty in 2002 to taking indecent liberties with a minor when he was a 21-year-old student, said the law violated the First Amendment.

Justice Kennedy, writing for a five-justice majority, said the internet is transforming American life and has turned into “the modern public square.” Denying access to it, he wrote, violates the First Amendment.

“The statute here enacts a prohibition unprecedented in the scope of First Amendment speech it burdens,” Justice Kennedy wrote. “Social media allows users to gain access to information and communicate with one another about it on any subject that might come to mind.”

“By prohibiting sex offenders from using those websites, North Carolina with one broad stroke bars access to what for many are the principal sources for knowing current events, checking ads for employment, speaking and listening in the modern public square, and otherwise exploring the vast realms of human thought and knowledge,” he wrote.

In a concurrence, Justice Alito, joined by Chief Justice Roberts and Justice Thomas, agreed with the result in the case but did not join what he called the “loose rhetoric” in Justice Kennedy’s opinion.

The North Carolina law was too broad, Justice Alito wrote, but states retain many legal tools to protect children on the internet.